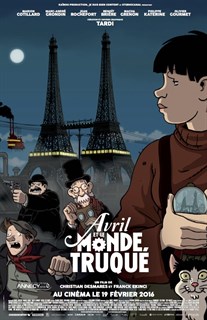 In an alternate history where Napoleon's heirs rule France, scientists and scholars have gone missing for years, leaving behind a world deprived of their technological innovations. In this land powered by coal and steam, young April searches for her missing scientist parents.