A FILM BY Jonathan Mostow

A FILM BY Jonathan Mostow 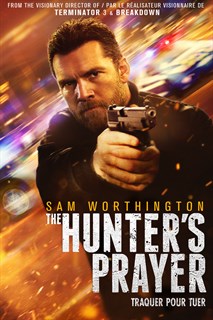 Lucas, (Sam Worthington), a solitary assassin, is hired to kill a young woman, Ella, (Odeya Rush) but when he can’t bring himself to pull the trigger, the plan falls apart, setting in motion a twisted game of cat and mouse. Now both are marked for death and forced to form an uneasy alliance. Relentlessly pursued across Europe, Their only hope for survival is to expose those responsible for brutally murdering her family and bring them to justice.

FILMS RELATED TO Hunter's Prayer, The