A FILM BY Maxime Desmons

A FILM BY Maxime Desmons 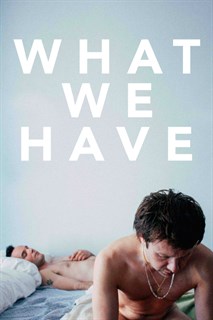 Haunted by his life on stage in France, Maurice Lesmers seeks refuge in a remote town in Northern Canada where he discovers there is little outlet for his gay appetite for anonymous one-night stands. To make ends meet, Maurice takes a job tutoring French to 15-year old Allan, a shy student struggling at school, and auditions for the local theatre company’s French production of Molière’s The Miser. When he lands the leading role, Maurice is surprisingly drawn to the company’s handsome manager, Michael. But their relationship is endangered when Maurice gets caught up in Allan’s adolescent world and risks everything to protect his young student from a relentless bully and the hardships of coming out.

FILMS RELATED TO What We Have